The Actor's School offers classes and workshops with Alan Dysert and other respected instructors from many professions including film, music, and other entertainment industries. Small class sizes allow the student maximum attention and an intimate learning environment. From commercial to film to voice-overs, find a class here that will improve your skills and take you to the next level!
2/15 – Monday Evening – TALENT TREK‘S TALENT SCOUT- “MEET THE AGENTS” with ROBIN DAUGHERTY 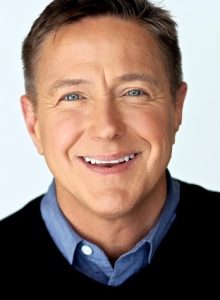 Hear what Talent Trek looks for in new talent. You will also have the opportunity to read for Robin Daugherty in the class.

Robin Daugherty, an independent talent scout for the Talent Trek Agency, is instrumental in finding new talent for the agency’s “Acting and New Faces Division”. Robin is also a well established actor at Talent Trek.

Robin also has taped literally a few thousand auditions for the agency so he knows exactly how your auditions should be filmed.

For the past 30 years, Robin Daugherty has been coaching and taping actors of all ages both privately, and at talent agencies, production companies, and casting agencies, in Minneapolis, New York, and Nashville. He is currently a free-lance Audition Manager and Talent Scout for the Talent Trek Agency in Nashville.

A Nashville native, Robin’s acting adventure started at the age of 5, with an appearance at Chaffin’s Barn Dinner Theatre, founded by his family. That same year, Robin was hired on as a recurring cast member on the “Romper Room” kids’ show. At age 11, Robin became the youngest member ever of the Tom Tichenor Marionette Troupe, at the Nashville Public Library, and at 14, he received a Young Filmmaker’s Commendation from the Sinking Creek Film Festival, which evolved into today’s Nashville Film Festival. Since then, Robin has worked in many areas of film, television, Internet, and theatre production.

Talent Trek Agency is a full service SAG/AFTRA agency with four offices in the Southeast. Founded in 1983, Talent Trek is co-owned by Charlotte Dennison and Juanell Walker, who operate the Knoxville, Chattanooga, and Asheville, NC offices.

Talent Trek Agency has worked alongside Casting Directors, Production Companies, Actors and Models for over 3 decades. Talent Trek is a leading choice for reliability and for providing the best principal performers in the business.