The Actor's School offers classes and workshops with Alan Dysert and other respected instructors from many professions including film, music, and other entertainment industries. Small class sizes allow the student maximum attention and an intimate learning environment. From commercial to film to voice-overs, find a class here that will improve your skills and take you to the next level!
2/22 and 23 – Saturday and Sunday
MASTER THE ART OF ACTING FOR MOVIES AND TV with SAM DALTON 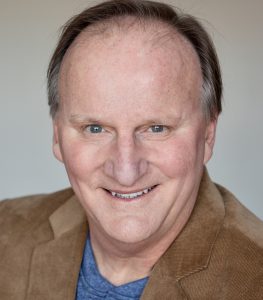 Master The Art of Acting For Movies and TV is a workshop designed for actors whose professional acting training and experience is limited. “Acting” is a term that might hold more relevance if it were referred to instead as “Being”. It is an organic process that is viscerally born and emergent from one’s soul. It is the art of accurately and truthfully portraying the moment-to-moment, beat-by-beat life that unfolds in any given scene. It simply cannot be faked. A common teaching and directorial prompt used in Hollywood to help unproven actors understand the process of acting for movies and TV is “think the thought and the audience or camera reads it.” Truthful acting is not about memorizing lines. It is not about indicating emotion. It is about listening, feeling and reacting. During this two-day workshop actors perform on-camera individually, in pairs, and in small groups in short performances from a variety of genres and formats working in scenes from actual scripts from motion pictures, short films and television programs. Get ready to dig deep to find the genesis of a fully fleshed out character based upon your personality. What makes you tick and how do you use your personal texture to breath life into what’s written on the page.

The workshop is conducted by Hollywood veteran actor/writer/director Sam Dalton (SAG-AFTRA/AEA). Mr. Dalton’s acting credits include the role of Mr. Gurntz in the original Paramount motion picture Footloose and a recurring role on the NBC daytime series Santa Barbara. Other credits include co-starring parts in numerous network and cable movies-of-the-week, prime-time dramas and situation comedies. He played “Gibby” in an Emmy-winning series of radio and television commercials for the Tennessee Lottery. When Mr. Dalton is not acting, you’ll find him working on the other side of a camera as a writer and director. He is a ten-year member of the faculty for the annual Tennessee Governor’s School For The Arts/Film Program. He also served seven years as a visiting faculty member in the film program at Watkins College of Art, Design & Film.