The Actor's School offers classes and workshops with Alan Dysert and other respected instructors from many professions including film, music, and other entertainment industries. Small class sizes allow the student maximum attention and an intimate learning environment. From commercial to film to voice-overs, find a class here that will improve your skills and take you to the next level!
TBA – Tuesday Evening – “HOW TO MAKE IT FUNNY” with SATURDAY NIGHT LIVE’S VICTORIA JACKSON 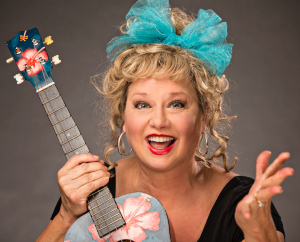 When Johnny Crawford (The Rifleman) met her at a Birmingham summer stock production, he bought her a one-way ticket to Hollywood to be in his night club act. For two years, she held odd jobs in the show-biz capital — as a cigarette girl, waitress, and typist — until Johnny Carson noticed her stand-up routine and put her on The Tonight Show… twenty times. After that, she starred in many movies and TV shows, most notably six seasons on Saturday Night Live, (1986-1992). Her cast members included Dana Carvey, Jon Lovitz, Kevin Nealon, David Spade, Adam Sandler and Chris Farley. Movies included “UHF” with Weird Al Yankovic, “Family Business” with Dustin Hoffman and Sean Connery, “Baby Boom” with Diane Keaton, “The Pickup Artist” with Robert Downey, Jr., etc.

Jackson authored “Is My Bow Too Big?” in 2012 and in 2017 she wrote about her breast cancer journey in “Lavender Hair.”