The Actor's School offers classes and workshops with Alan Dysert and other respected instructors from many professions including film, music, and other entertainment industries. Small class sizes allow the student maximum attention and an intimate learning environment. From commercial to film to voice-overs, find a class here that will improve your skills and take you to the next level!
DATE: TBA – SCENE STUDY with BRAD WILSON, PRODUCER of the FEATURE FILM,
“MY MANY SONS”, “THE MEANEST MAN IN TEXAS”, “REBEL” and many more. 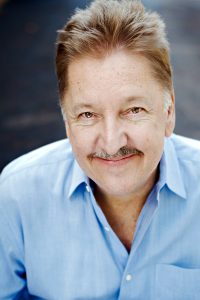 Brad Wilson is an award-winning film producer being involved with the production of 40 feature films and television projects to date. His latest film, “The Meanest Man In Texas” was released in 2017 is garnering awards and nominations from Film Festivals around the country.

The Actor’s School is proud to offer this special workshop with a film producer who has worked with some of the greatest actors in the world. These actors include Tom Cruise, Nicole Kidman, Sean Penn, Kevin Spacey, Robert Duvall, Michael Douglas, Tommy Lee Jones, Christian Bale, Michael Keaton, Glenn Close and many others.

The spots will go quickly so please don’t wait until the last minute to sign up. Payments for the workshop will need to be in one week prior to the workshop.

Wilson also worked with Duvall on some of his most memorable television roles, including the CBS miniseries LONESOME DOVE and the HBO epic STALIN shot in location in Moscow, for which Duvall won the Golden Globe for Best Actor.

In 1992 the formation of BUTCHERS RUN FILMS was announced in Hollywood and Wilson as the company’s Vice President of Development and Production. After only two months, the company had closed a deal with United Artists to make A FAMILY THING, based on an original idea from Duvall and scripted by Academy Award winner Billy Bob Thornton and Tom Epperson. The film was released in February 1996, and Wilson was awarded a Humanitas Certificate for his work as Co-Producer on the movie.

Mr. Wilson acquired the rights to EICHMANN IN MY HANDS, based on the highly acclaimed autobiography by Peter Malkin. After Wilson sold the idea of the story about the Israeli agent who captured the chief Nazi executioner under Hitler, Emmy winner Lionel Chetwynd was hired to write the script THE MAN WHO CAPTURED EICHMANN, which aired on TNT in 1996 with Duvall as Adolph Eichmann.

In 2000 Mr. Wilson became Vice President of Development and Production and a producing partner at HEMISPHERE ENTERTAINMENT and produced a slate of films including THE GHOST CLUB starring Britt Robinson filmed on location in South Carolina and released in December 2003. His suspense thriller ONE OF THEM and the family film UNDERCOVER KIDS enjoyed successful releases. THE GRIFT a 1940s period film was shot on location in Tennessee and released in 2007 by SHORELINE ENTERTAINMENT. SET APART starring Richard Roundtree and John Schneider was released in September 2009 by PROVIDENT/SONY FILMS. ANGELS LOVE DONUTS with The Crosswise Players filmed in Dallas and BECOMING JESSE TATE with Amanda Waters and Bailey Ann Borders filmed in Nashville were both released in 2010 by BMG. THREE BLIND SAINTS, filmed on location in Kansas City, was released in 2012. His film SLIP TUMBLE & SLIDE starring Katharine Ross and Scott Wilson was released in 2015, Wilson recently completed the family film CHRISTMAS ON SALVATION STREET, which was released November 2014. MY MANY SONS, based on the life of the most winning basketball coach no one knew, Don Meyer, was filmed in Nashville and was released in 2016.

Mr. Wilson is a member of the Academy of Television Arts & Sciences and a charter member of the National Radio Hall of Fame of Texas.

Brad is partnered with HIGHER PURPOSE ENTERTAINMENT with Casey Bond.