The Actor's School offers classes and workshops with Alan Dysert and other respected instructors from many professions including film, music, and other entertainment industries. Small class sizes allow the student maximum attention and an intimate learning environment. From commercial to film to voice-overs, find a class here that will improve your skills and take you to the next level!
DATE TBA – VETERAN HOLLYWOOD CASTING DIRECTOR MELISSA SKOFF
TEACHES YOU HOW TO BOOK THE JOB 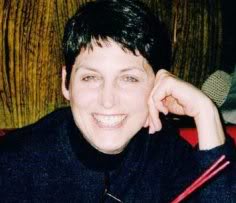 TOTAL COST: $195 for the two-day workshop

Melissa Skoff is a Veteran Casting Director with 100+ feature & TV credits to her name and is also an established Acting Coach who teaches one of the top ongoing Cold Reading and Audition Technique Classes in Hollywood.

Melissa’s career began at Warner Bros. where she cast features and TV. She became an Executive at Warner Bros. Television casting such hit series as “The Dukes of Hazzard” along with many other TV pilots, series and movies. She was also the Sr. Executive in Charge of Talent and Casting for Fox Broadcasting’s “Fox Night at the Movies” division where she gave big opportunities early in their careers to some of today’s biggest stars including Jim Carrey, Ben Stiller, Bryan Cranston, and Paul Reiser. She

also discovered Catherine Bell and cast her in the hit series, JAG.

Additionally, she helped the early careers of such stars as George Clooney, Jennifer Aniston, Vince Vaughn, Julia Louis-Dreyfus and David Spade, to name a few. She was also named one of Hollywood’s Top 20 Television Casting Directors and has been featured in numerous books and publications including Variety, The Hollywood Reporter, and even in overseas magazines.

Melissa was a Talent Producer on a sketch comedy pilot presentation called “The Mens’ Room, Associate Producer/Casting Director on the family Xmas film “Elf Man” and Co-Producer /Casting Director on a new film called “The Mule”. She also just completed work on “China Bigfoot: The Legend of Yeren”, “The Perfect Wave” which is a Christian, surfing movie based on a true story, and “The Wonder” which has an international cast including Karl Urban, Toni Collette and Willow Shields from “The Hunger Games”.

Melissa is currently casting several projects including a feature to be shot in So. Africa and an animated project, She has some very interesting projects lining up for this year as well!

Melissa has been a successful Acting Coach for almost as long as she’s been casting. She holds a degree from UCLA’s School of Theater, Film & Television and studied acting from top Hollywood coaches, allowing her to create a method on how to get the job that works! She will cast each student in a scene and will give you the answers to the quiz as to how to create the most effective auditions that can get you the job. Ultimately, no actor books a job who doesn’t impress the producers, directors, studio

& network execs whose projects depend on hiring the best cast available. Having cast and directed thousands of actors, Melissa will show you how to set yourself apart from the others!

The Actor’s School is very fortunate that she has agreed to do two days of casting workshops. There will be two groups of sixteen students only. One group will be in morning sessions on Saturday and Sunday. The other group will be in afternoon sessions on Saturday and Sunday. The morning sessions will be from 9am to 1pm both days and the afternoon sessions will be from 2:30 to 6:30 both days.

If you want this kind of exposure and training, don’t wait too long to sign up. The spots will go very quickly. Payment for the workshop will need to be received one week prior to the workshops.