The Actor's School offers classes and workshops with Alan Dysert and other respected instructors from many professions including film, music, and other entertainment industries. Small class sizes allow the student maximum attention and an intimate learning environment. From commercial to film to voice-overs, find a class here that will improve your skills and take you to the next level!
Date: TBA – AFTERNOON COMEDY CLASS for ADULTS with L.A. ACTOR SEAN WHALEN 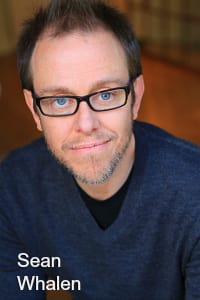 You can’t do comedy if you are self-conscious about how you look. Imagine if Jim Carrey wanted to look handsome all the time on camera? You need to embrace your silly side. Sean will play some improv games, facial expression games, body movement games all designed to let kids get out of their heads and embrace being goofy and ready for comedy.

Comedy acting is still acting. The strongest comedy comes from the same rules that dramatic ones do. Conflict, intention, obstacles, specific choices, and the life that happened before the scene being fully realized. Sean makes sure the kids aren’t just “surface” acting but finding the emotional truth beneath each scene. When this is taken care of, the scene is fuller, therefore funnier.

Sean helps “choreograph” a scene like a dance instructor does. What are the beats? What are they doing in each line (teasing, begging, cajoling, manipulating,etc.)? What does that mean to them?

Lastly, Sean makes sure you know what the writers intent is for the scene. What needs to be learned about the character? How does the story move forward? Where are the jokes (Set ups, punch-lines, awkward pauses, etc.)? All of this helps to fully understand the scene while not losing your truthful acting.

Sean Whalen is a working actor, writer, and producer with over 25 years of experience in Hollywood. He has worked in literally every type of genre in entertainment: large studio movies, small independent films, comedy TV, dramatic TV, Soap Operas, children’s shows, commercials, etc. Being involved in the business from all sides has given Sean a wealth of knowledge that he is excited to share with new actors trying to expand their knowledge so they can have a long career in show business.

His first major film role was in PEOPLE UNDER THE STAIRS directed by Wes Craven. Other films include, TWISTER, NEVER BEEN KISSED, JURY DUTY, THAT THING YOU DO, MEN IN BLACK, EMPLOYEE OF THE MONTH, WATERWORLD, BATMAN RETURNS, and HALLOWEEN II. He has appeared in independent features as well including HATCHET 3, LAID TO REST, PYTHON, ALL SUPERHEROES MUST DIE, THE FP. and THE JERSEY BOYS directed by Clint Eastwood.

Television offered many comedic and dramatic roles in shows such as FRIENDS, CRIMINAL MINDS, CASTLE, REVENGE, NYPD BLUE, MY WIFE AND KIDS, NOWHERE MAN, LOST, and JUST SHOOT ME. He’s worked on shows for Disney and Nickelodeon including HANNAH MONTANA, THE SUITE LIFE OF ZACK AND CODY, WIZARDS OF WAVERLY PLACE, and had a recurring on UNFABULOUS with Emma Roberts.

Sean has written several comedy screenplays (one which is currently being produced by Brett Ratner and Jeff Nathanson), TV Pilots, done punch up work on several Disney cartoons, and a couple of short films. One, TURKEY.CAKE. a comedy he wrote and directed won the Rehobeth beach film festival.

Being a character actor, Sean has worked in every entertainment genre imaginable in lower to higher budget productions. Because of this, he understands the craft of acting like no other and understands what directors and producers need to tell their stories.

Call 615-500-7661 for more information or email Alan Dysert at: Alan@ActorsSchoolUSA.com