The Actor's School offers classes and workshops with Alan Dysert and other respected instructors from many professions including film, music, and other entertainment industries. Small class sizes allow the student maximum attention and an intimate learning environment. From commercial to film to voice-overs, find a class here that will improve your skills and take you to the next level!
THE ACTOR’S SCHOOL NEW SCHOOL IN BOWLING GREEN, KY!
NEW! ACTING FOR THE CAMERA 2-DAY WORKSHOP
with VETERAN SOAP STAR OF ALL MY CHILDREN, ALAN DYSERT 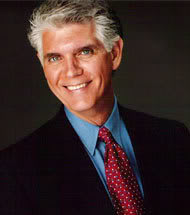 In this workshop, Alan focuses on the realities of acting in front of a camera whether it is for a film, a soap opera, a situation comedy, a commercial or a music video. As acting for the camera is very different from acting for the stage, it is essential that anyone wishing to pursue a career as an actor learn the hows and whys of acting for the various mediums. Students work with scripts from films, sit-coms, soap operas and commercials as well as participate in improvisation exercises.

Alan Dysert, best known in the United States as “Sean Cudahy” on ABC-TV’s top-rated soap opera, All My Children, was a full contract player for five years, performing in over 500 episodes. Alan’s portrayal of this character put him on the cover of “People Magazine” and made him a very much in demand guest on such national shows as Regis and Kathie Lee,
Sally Jessy Raphael, The Merv Griffin Show and The Mike Douglas Show as well as all the major talk shows at ABC affiliates across the United States. The shows Alan did for All My Children are still playing in many countries outside the U.S. Not restricting his career to soap opera, he has appeared in national commercials, prime time television, and film. Alan was cast in two feature films last year and has served as Executive Producer on four other feature films. Alan also directs commercials and produces music videos.

Alan brings years of practical experience as a working actor and film producer to these workshops designed to educate students regarding realistic and usable approaches to acting and the business of acting. He uses frequent performance in front of the camera for all students to help them become more comfortable and relaxed with the on-camera process.

Having spent twelve years in Los Angeles, six years in New York and a great deal of time in Chicago and Nashville, Alan teaches his students how to get started in the business as well as finding work in all of the major markets.

Alan trains actors and performers in many cities including Chicago, Miami, Atlanta, Nashville, Memphis, Indianapolis and others. In Nashville, he has made notable contributions as the acting coach to the country music stars. He prepares recording artists for their music videos and consults their record companies on television projects and performance development.

Alan’s approach not only enhances the seasoned talent’s performance with additional training, but also provides those with little or no acting experience a non-threatening environment for acquiring the skills that will prepare them for future performance in front of the camera.

Classes will be held at The New SKyPAC – Southern Kentucky Performing Arts Center.