The Actor's School offers classes and workshops with Alan Dysert and other respected instructors from many professions including film, music, and other entertainment industries. Small class sizes allow the student maximum attention and an intimate learning environment. From commercial to film to voice-overs, find a class here that will improve your skills and take you to the next level!
INTRODUCTION TO FILMMAKING STEVE HORSWILL-JOHNSTON – Overview Of Filmmaking And The Creation Of Your Own Short Film 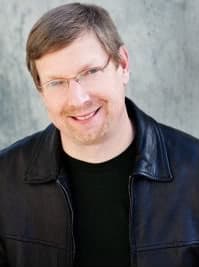 You may have the creativity and motivation, but do you have the ability to make a short film? This is the ideal introduction to the reality of filmmaking for people who need to balance their interest with work or other commitments. The course is for students with little or no filmmaking experience who want to learn a basic understanding of the entire film creation process.Each student will work in a team to produce their own short film.

Over six-sessions the course covers the basic aspects of filmmaking, including; story and script development, pre-production planning, shot-lists and storyboarding, directing, lighting and editing.
The class will also tour a working studio in Nashville.

Taught by local producer and actor Steve Horswill-Johnston, students will gain an understanding of the process of making films.

ABOUT STEVE HORSWILL-JOHNSTON:
Steve has more than twenty years experience as a television/film producer, radio broadcaster, and communications executive in Los Angeles and here in Nashville. He currently is an executive producer at the international headquarters of The United Methodist Church.

Prior to arriving in Nashville, Steve earned his Bachelor of Science undergraduate degree in Film Production from San Diego State University and attended the graduate program at the prestigious University of Southern California (USC) school of cinematic arts. While attending film school he wrote and produced programs for San Diego public television (KCET), worked on “Simon & Simon” television series and was a radio broadcaster in the San Diego and Los Angeles markets. He has worked on several feature films, including “Pontiac Moon” and “That Thing You Do”. Recently, he was co-producer, writer, and acted in “Becoming Jesse Tate”, a feature filmed in the Nashville area. Steve has produced over 30 short films.